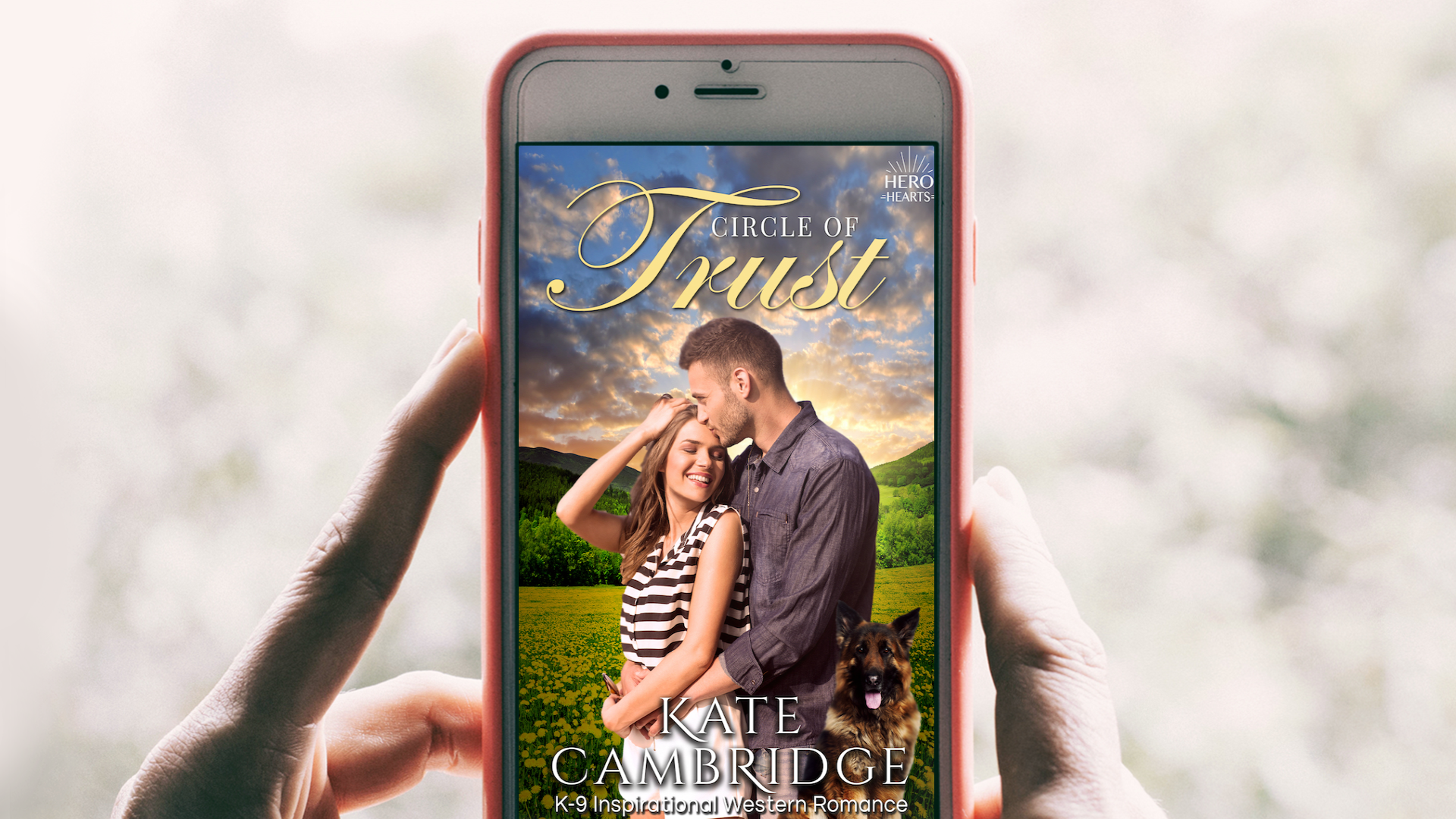 CIRCLE OF TRUST, the latest in the wonderful Hero Hearts Series will be launching next week! I thought it would be fun to give you all a sneak peek at the story and reveal the cover simultaneously. 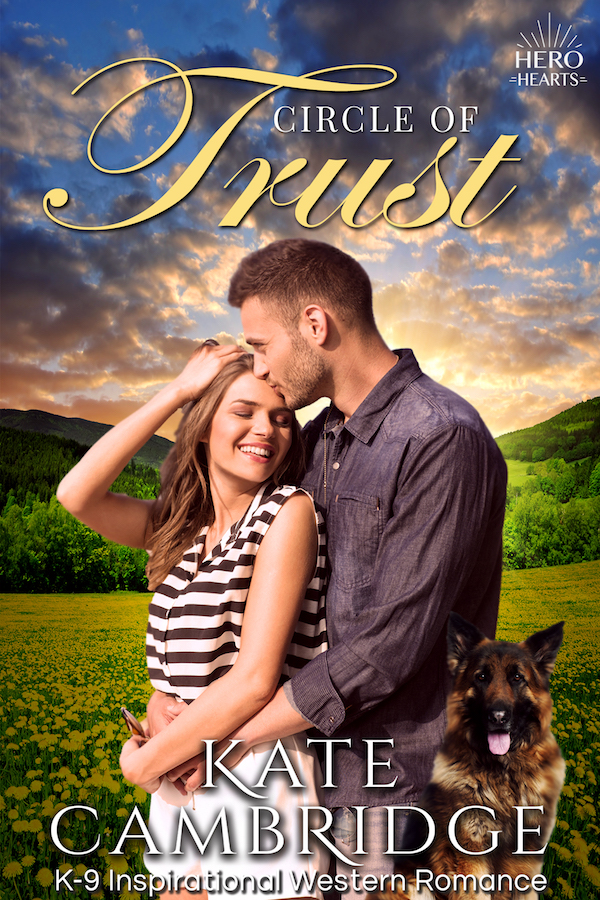 The sneak peek is below, and if you want to know the moment the book is released, join the Choice Readers List here: https://KateCambridge.com/choice

Jax walked down Main Street, hoping to find something that would quell his boredom. He’d wanted this, right? He’d wanted life to slow down—an environment of peace, fresh air, and boredom after his tours in Afghanistan. Yes, boredom. But now that it was here, he thought he might go mad.

He’d been up at sunrise for an early morning hike and now he was starving. On his stroll through town to find a breakfast place, he’d noticed that there were several new businesses in the area. He stopped in front of a bakery, salivating at the cupcake display in the window. His stomach growled. He almost never ate sugar, but the cupcakes in front of him looked amazing. They called to him. Carrot cake cupcakes are healthy because they contain carrots, right? He was rationalizing, and he knew it, but he wanted one.

Jax entered the bakery, his eyes on the display case filled with the prettiest cupcakes he’d ever seen. Who knew that almond sour cream vanilla cupcakes with ganache filling and white chocolate frosting were even a thing, he wondered as he read the label. A loud gasp pulled his eyes away from the cupcakes just in time to see a tray of cupcakes flying through the air toward him. He reacted instinctually and lunged forward, his muscles strained to grab the flying object, and he managed to get one hand beneath the tray and the other on an edge to stop the forward progress just before the cupcakes slid off.

“Got it.” He announced with relief, then looked directly into the eyes of the woman who had been monopolizing his thoughts over the last few days. “Peyton,” he smiled a slow, sly grin, “it looks like I came to your rescue again. Either that or you’re trying to kill me.” He stifled a laugh as he took in the sight of her—dark-blonde hair covered with streaks of flour, and green frosting smeared across the bridge of her delicate nose.

“I would have been okay, I don’t need anyone to come to my rescue, least of all you.” She declared with a scowl.

“I didn’t mean to imply otherwise.” His smile faded, not because of her comment, but because of the look she gave him. He hated to admit it, but seeing her again sent a signal through his body that his mind immediately countered with big red warning flags.

“I’m sorry,” Peyton sighed as her shoulders dropped, “that’s not entirely true.” She took the tray from him and set it on the counter. “Thank you. You saved the day, quite literally.”

“I’m glad I could help.” He studied her flushed cheeks. “It looks like you’ve been pretty busy this morning. You run the bakery and the farm?” He leaned against the cupcake display counter and folded his arms across his chest, resisting the urge to brush the frosting off her nose.

She nodded. “Oh, it’s been non-stop.” She brushed her hair back from her face with the back of her hand then picked up a cupcake, placed it on a plate and handed it to him. “Would you like some coffee to go with this for your troubles?”

He grinned. “If you wouldn’t mind that would be great.”

“No problem. How do you like it?” She poured a cup and then paused, her eyes meeting his.

“With company.” The words just slipped out. He clenched his hand at his side. Had he really just said that?

She dropped her eyes back to the coffee she’d just poured, but she responded with, “Ah, well. I suppose I could use a break.” She poured a second cup of coffee and pointed to a small table in the corner.  He watched her carefully, expecting at any moment that she would realize what she’d just done and scold him for something—anything. But she didn’t.

“This is the first time it’s been quiet all day. I’m sure it won’t last very long.”

“So you have a farm and a bakery?” He raised an eyebrow. “That’s a lot to juggle.”

“Actually, I don’t have either.” She sat down across from him. “It’s my twin sister’s farm, her bakery, and her ornery goats.”

This has been an incredibly fun book to write, and I’ll let you know the moment it’s available on Amazon via email and social media!